Simple streamlined one-click option to scan, download, update and install the recommended driver upgrades, Good tech support which is available 24/7 for any and all problems you might have, Has a database of 1.5 million driver upgrades, It's quick to scan the database and find the appropriate driver upgrade.

it has no special features or stats which makes it superior than its competition, It's speed updating can sometimes cause mistakes.

All necessary features you ideally need for updating drivers with large database.

Systweak's response to a Driver Updater software is the ADU. Relatively simple to set-up and operate, this software helps you download and install all the latest driver upgrades for your system. It supports all versions of Windows and some servers including 64 bit ones.

It is surprisingly fast at scanning its large database and can finish within minutes. With one click, it backs up your previous drivers, finds the appropriate upgrade and downloads it faster than any other software. When scanning, you’re provided with the name of the driver you’re downloading, the release data and the version number. All of the newly installed driver versions have backups, in case you need to roll it back.

It features a very useful scanning schedule which allows you to input scans on a daily or weekly basis. It can detect many out dated drivers but it’s not that good in finding the proper upgrades. Its accuracy ranges from 80 to 90 percent. Most of the drivers it had difficulty to recognize belong to Intel or Nvidia but those are the same manufacturers which other Driver Updating software are misses. Their updated mostly focuses on key drivers (i.e. system drivers). While the peripheral are on their number 2 list, they are still included as the database holds drivers for more than 500000 products.

Quite simply, it has all of the necessary features and it owns one of the largest databases for hardware drivers; but still it has nothing special about it so we can easily distinguish it from the competition. It’s still recommended as it holds everything basic every other software does.

There are no user reviews yet. Be the first one to review: 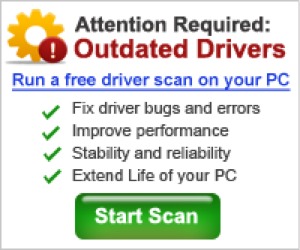