Slow on PCs with least or minimum resources

Kaspersky Anti-Virus 2014 is the latest product on offer for acting as a reliable backbone of your PC’s security by rendering real-time protection from all types of threats. With operation in the stealth mode, the software proves its intelligence in scanning and removing small to big sources of threats while dealing with the small, frequent updates.

You can expect some of the most advanced security features such as exploit prevention engine and Safe Money banking tool. Installation is much simplified yet faster for this version. The software’s installation procedure takes care of removing the conflicting security programs along with any malware.

As compared to the previous version, the number of accessible windows for starting a scan or deal with an issue is relatively less. Just like a mobile app, the interface shows security status at the crest as well as four security features namely updating, scanning, parental controls, and Safe Money at the bottom.

The upper right corner reveals the Settings and Reports options, while the Cloud Protection button atop is the doorway to know about the software's cloud technology to contribute data secretly without comprising security.

The digital world is an evolving hub of new threats, which calls for a more powerful anti-virus software. This version of Kaspersky simply comes with this power! With the help of conventional and modern cloud-based anti-threat technologies, the software renders real-time protection against all old and new malware threats such as viruses, worms, rootkits, spyware, and bots.

The cloud technology is one of the most new features to savor. When hackers introduce new malware, it is not easy for the security vendors to update their databases quickly. However, the cloud-assisted technology in this software overcomes this con via its Kaspersky Security Network (KSN) that collects information about new threats continuously from millions of compliant computers from all over the world. You now no longer need to wait for the latest database to be released.

The software is also capable of protecting the system from screen lockers that contain Blocker Trojan viruses by halting any risky processes and implementing antivirus procedures. Further, in case your system is about to get infected, the unique System Watcher technology detects this risky behavior and rolls back the action.

The software features Automatic Exploit Prevention technology to deal with the vulnerable operating system or apps. It works by controlling the loading of executable files from apps that have vulnerabilities by assessing their behavior and confining their operations.

The software comes with several security technologies to ensure harmless surfing of the Web. With the help of cloud-based data indicating how reputable the sites are, the URL Advisor notifies you about the URLs that are risky or suspicious. Interestingly, you are shown color-coded icons signifying trusted, dangerous, and suspicious.

Similarly, the File Advisor feature checks the safety of a file with the help of cloud-based technology. The same technology powers the anti-phishing engine for protecting you from the online malicious attempts for accessing your personal information.

Kaspersky Anti-Virus 2014 does not put pressure on your system resources. In fact, it facilitates quicker start-ups and responses while selecting security settings even on Windows 8. Further, its Gamer Mode also facilitates an uninterrupted game experience.

Kaspersky is known for its offers various packages such as PURE with advanced digital asset management features and Internet Security with parental controls and anti-banner features. However, the Anti-Virus 2014 product is the standard one to offer core protection features at an affordable price.

Kaspersky Anti-Virus 2014 possesses a strong ability to deal with spyware and malware. Nevertheless, there is a scope for adding more options that are advanced.

There are no user reviews yet. Be the first one to review: 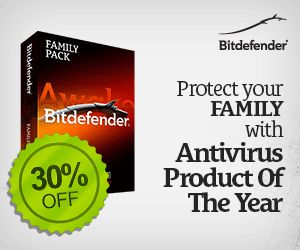